I haven't been able to start anything big lately, I don't know why. I started a scarf from the yarn my Secret Nordic Pal sent me during the last round and surprisingly I'm also using the pattern she included with the yarn. The scarf in progress was featured also in last Friday's Helsingin Sanomat. 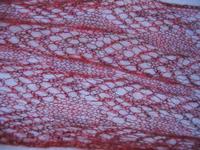 I knitted a scarf and a cap for my Secret Nordic Pal during this round. These are from Novita Aino, a 100% wool yarn and as my secret pal already got these, I can post some pictures. 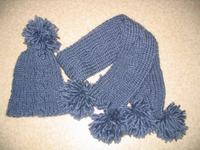 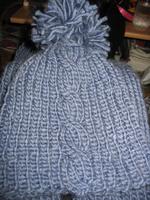 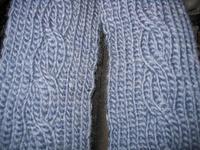 I had one ball of Aino left, so I decided to try a pattern I saw at the Ethnic knitting class. One of the ladies was knitting a lacy mohair scarf, but my scarf is not lacy as I used the default needles of 6 mm and did not change to larger needles. I gave this scarf to Jussi because he said that it's a bit drafty where he sits at the computer next to the window. (Do not tell him that the scarf gets lacy when you strech it!) 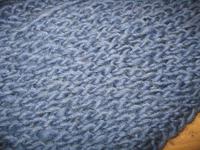 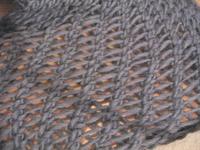 I did mention a second cap, but... I knitted a burgundy cap of ONline Cora for Jussi in knit 3, purl 3 rib because he said he had lost all of his caps. I did find all but one, and, as you can guess there is no picture of the cap because it's lost. (In fact, I'm too lazy to get up and dig it out from the pile of scarves and caps on the shelf.)