I have 364 photos from Belgium. Now that I've slept for two evenings, I could try and organise them...

Anne, how should we synchronise our blogs?

Jussi and I spent a long weekend in Brussels as Anne's guests. That's why the following is the first and probably the only almost political issue in this blog: we went to an audio-guided tour in the European Parliament. 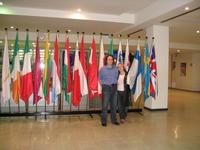 Of course we tried to visit some yarn stores also but we did not have much luck. One had gone out of business, two had already closed for that day and in the fourth we had shocks as Noro Iro was 17 euros per skein...

We concentrated mostly on sights (and beer and chocolate). On the yarn store tour we went to a pub to comfort poor Jussi and I had an interesting discussion with the bartender(ess). Here's Strange Things in Belgium part I:

- Do you have any lambic?
- Lambic? Never heard.
- Ahem, I mean Belgian beer.
- Yes, we have Belgian beer (shows the list): gueuze, kriek, framboise...
- I'd like one framboise, please.

Yeah. "Never heard." It was good anyway. Here's the mandatory drinking picture. Can you all see what the text in the glass is? 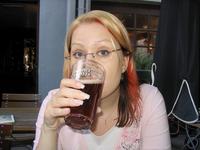 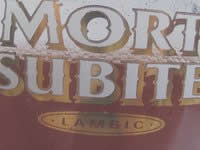 Of course we saw sights. I include this picture only because you can see my new hair colour, made by Ninni. Touching this statue should bring good luck. 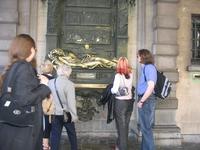 On Saturday we went to Bruges to look at the old houses. The city was beautiful! We also had the traditional climbing towers session: the church tower had 366 steps. 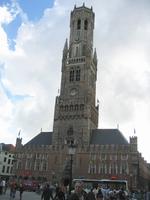 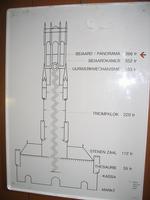 In this picture you can see Anne, by the way. She did not climb the tower. 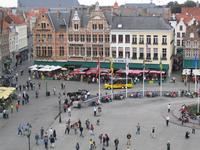 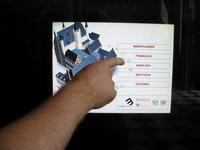 Jussi was not allowed to enjoy the beers all the time because we let him loose on a Belgian highway... 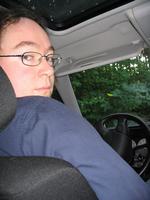 ...even though the traffic signs are strange. What does this one say - look out for mimes? 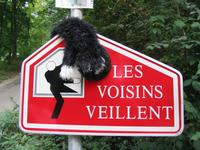 We ended up at Manneken Pis. 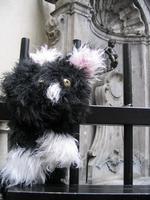 By the way, is anyone coming? This is advertised on almost every bus stop in Brussels. 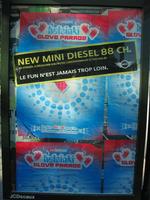