According to the news the summer has arrived or is arriving in Stockholm. Actually this has got nothing to do with anything. We just read that from the headlines on the spot.

The results of the cruise are as follows: 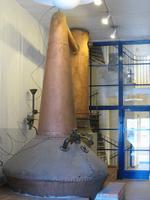 We started with an excursion to the Vin och Sprithistoriska Museet (The Museum of Wine and Spirits, in the picture the whisky vessels in the lobby). It was an interesting museum indeed - but they did not have any samples available. Quite close to the museum is a yarn shop called Wincent Garner (Norrtullsgatan 27, closest metro station Odenplan, green line), but (also this time) we skipped the Rowan paradise and moved on to S:t Eriksgatan. 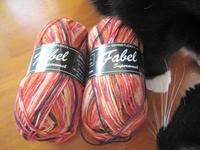 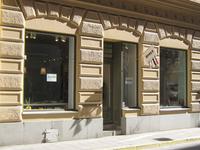 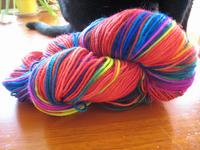 Nysta (Luntmakargatan 50, closest metro station Rådmansgatan, green line). I continued my sock yarn acquisitions and bought some Jitterbug by Colinette (130 crowns / 100 g). I was not able to decide which colour I'd like so I picked the one with all the possible colours. I did not buy Parisienne mohair by Colinette (110 crowns / 25 g) nor the Malabrigo yarns nor all the other lovely yarns in the shop. Sigh.

But, a few blocks away is Pralinhuset (Drottninggatan 112 ). Chocolate! Belgian chocolate! Strange chocolates! (Wasabi and sea weed? Beer? Habanero?) After Nysta and Pralinhuset it took a while before I could stop drooling. 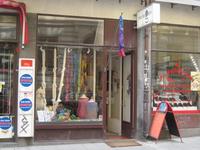 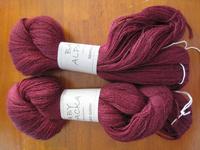 We changed to the red metro line and headed to Södermalm and to a new shop (to me) Marias Garn (S:t Paulsgatan 20, closest metro station Mariatorget, red line). After some heavy pondering I bought two hanks of baby alpaca yarn (170 crowns / 100 g) and chose not to buy the pink Zeta silk yarn by Love Garn nor the thin bright red silk yarn (270 crowns / 100 g). Sigh. I think the shop also had cones of alpaca but the closeness of silk has wiped out most of my other memories. 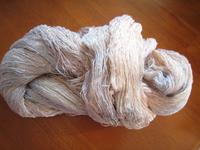 We ended the day with a traditional tour in the old town where I was able to fill in my silk void with some thin silk from Anntorps Väv (Österlånggatan 11) (180 crowns / 100 g). Sticka (Österlånggatan 20) was also conveniently on my route but I did not find anything from there.

I drink to that! And send a postcard to my brother! Oh yes, Jussi and I are now copycats. We have the same t-shirts and coffee mugs, of course straight from the Science Fiction Bokhandel. The cats also got some souvenirs from the ferry. While Maxi concentrated mostly on begging for food and Mini on the suitcases, Frank played with the new cat toy until there were no cat treats inside. Maybe it's the colour that obliges him, Frank is pretty much like the Whiskas cat. 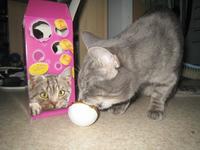 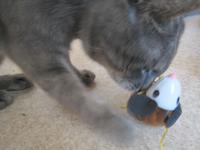 Now I just need to wake up. You know, two nights in a small cabin with a man who snores loudly and no place to escape...